Archive for the ‘Philippines’ Category

Thank You to All Donors and Volunteers 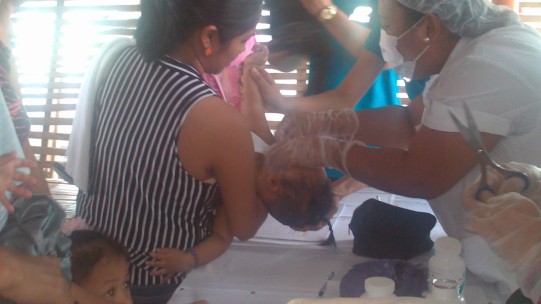 CGF representatives has delivered the first set of Vitamin to storm-stricken area this weekend in Batangas Philippines where many lost their homes. The area did not receive enough supply so our foundation came in to fill the rest of their needs. 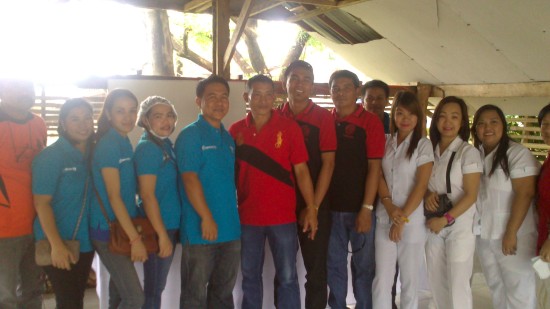 Thank you to all these Volunteers and Board Members Lormen and Abe (the 2 middle person in blue shirts) who help make things possible! They we’re all patient in travelling far to get to the people. Without them, this event would not have been successful! Thank you for your Kind Hearts. May all your efforts be returned with granted wishes from the heart!

In-kind donations received from USA for Typhoon Yolanda/Haiyan victims arrived Manila office January 15th. All items are in re-packing stage and will be distributed starting January 17th to several locations. Photos will be posted once all activities complete. Thank you to all the Donors who made an effort to help those in need!

Some in-kind donations have been released. Others are being held per community request to do this on Valentines day.

Donated Sports Equipments from a Donor who wish to remain anonymous was received late December 2013. They have been distributed to different areas of the US. Locations for items that has been assigned for PH is still being determined. Photos made available to Donors via private link.

All accomplished activities has been released to Donors and is available for download.

Some of the photos will be made available to the public by end of February 2014.

If you one of the Donors and have lost your private link, leave your email address at (702)421-7355 and a representative will send you the details.

Barbie and Disney Toys and Hair Care Products will be given out from 4:00pm to 5:00pm at Stribley Community Center.

Christmas Feast for Disaster Victims (postponed due to storm, re-scheduling the very first day storm is over. It is not possible to do when people does not have permanent shelter yet for it gets too muddy for anyone to have a feast for there is no way to cook the food and the food will get all wet)

When? DONE (happened early January, awaiting for photos)
Where? Tacloban

This Xmas feast is being held to give a simple Christmas celebration to those who have been affected by Typhoon Yolanda/Haiyan.

Donor who made this feat possible: Jeffrey A. Block

New Year Celebration
When? Middle of January 2014 (final date pending upon release of donated goods from the port)
Where? Tacloban and Metro Manila

All in-kind donations will be distributed to disaster victims. Final date being determined based on arrival of all shipments to the Philippines.

Full set of photos in an album and downloadable version available exclusively to donors for reporting purpose. Distribution of this report will be released before end of January.

In-kind donations Update:
12/27/2013
Only few boxes are up for release next week from shipping firm so partial distribution of donated goods will take place end of December through early January. Complete distribution to Tacloban will take place by middle of January once we receive the rest of donated goods. The actual donated products will still reach the people as soon as received. We just need to do a second round of giving for double blessing to the people. Thank you for being patient!

To follow our Community Activities and view photos simply to go this link – https://cullinangroupfoundation.shutterfly.com/pictures

This site is updated often so keep checking to see what is going on!

Check out the latest photos of our community giving by going to https://cullinangroupfoundation.shutterfly.com/pictures

THANK YOU TO ALL DONORS WHO CONTINUE TO BRING HELP TO THE PEOPLE THROUGH US!